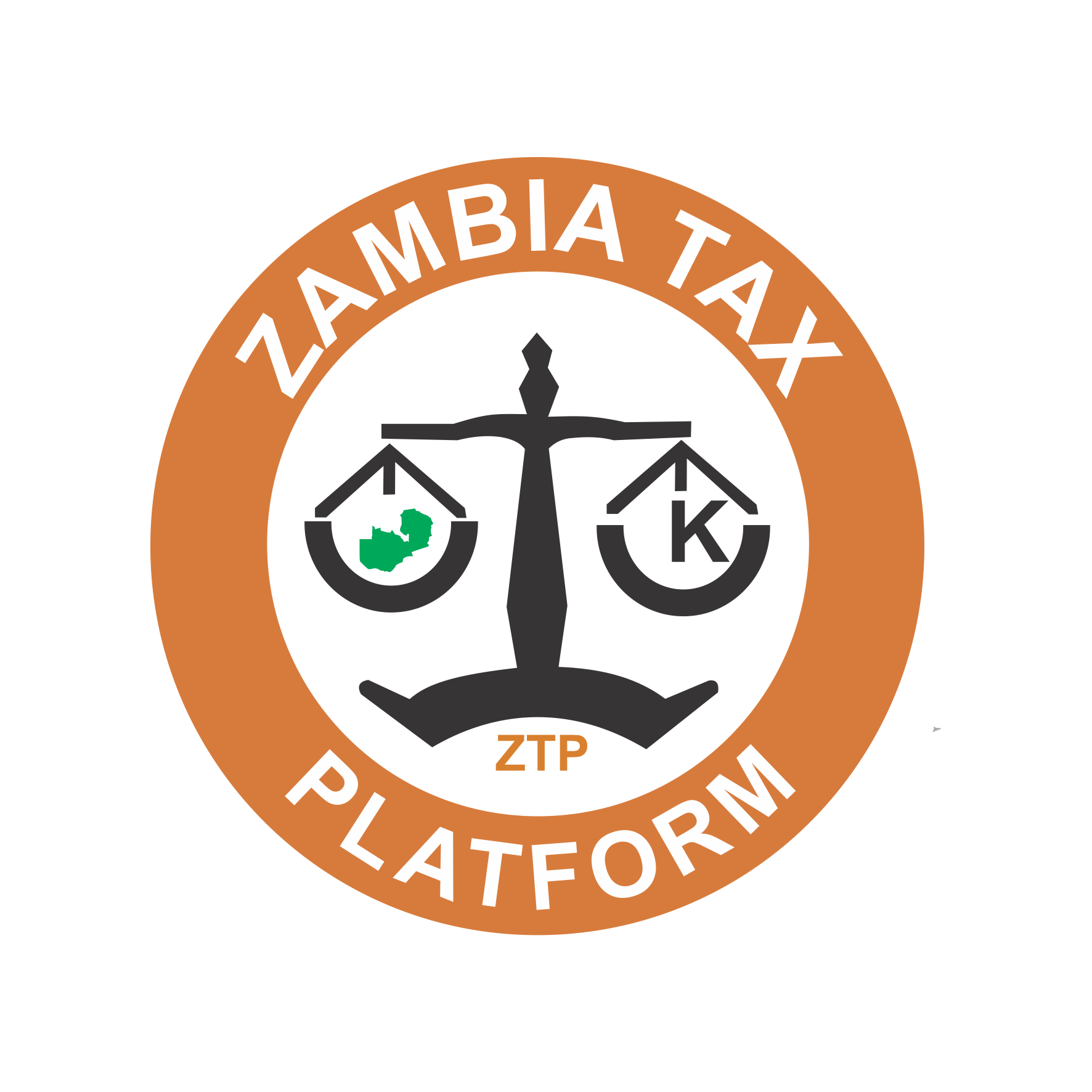 ZTP STATE OF THE ECONOMY REPORT 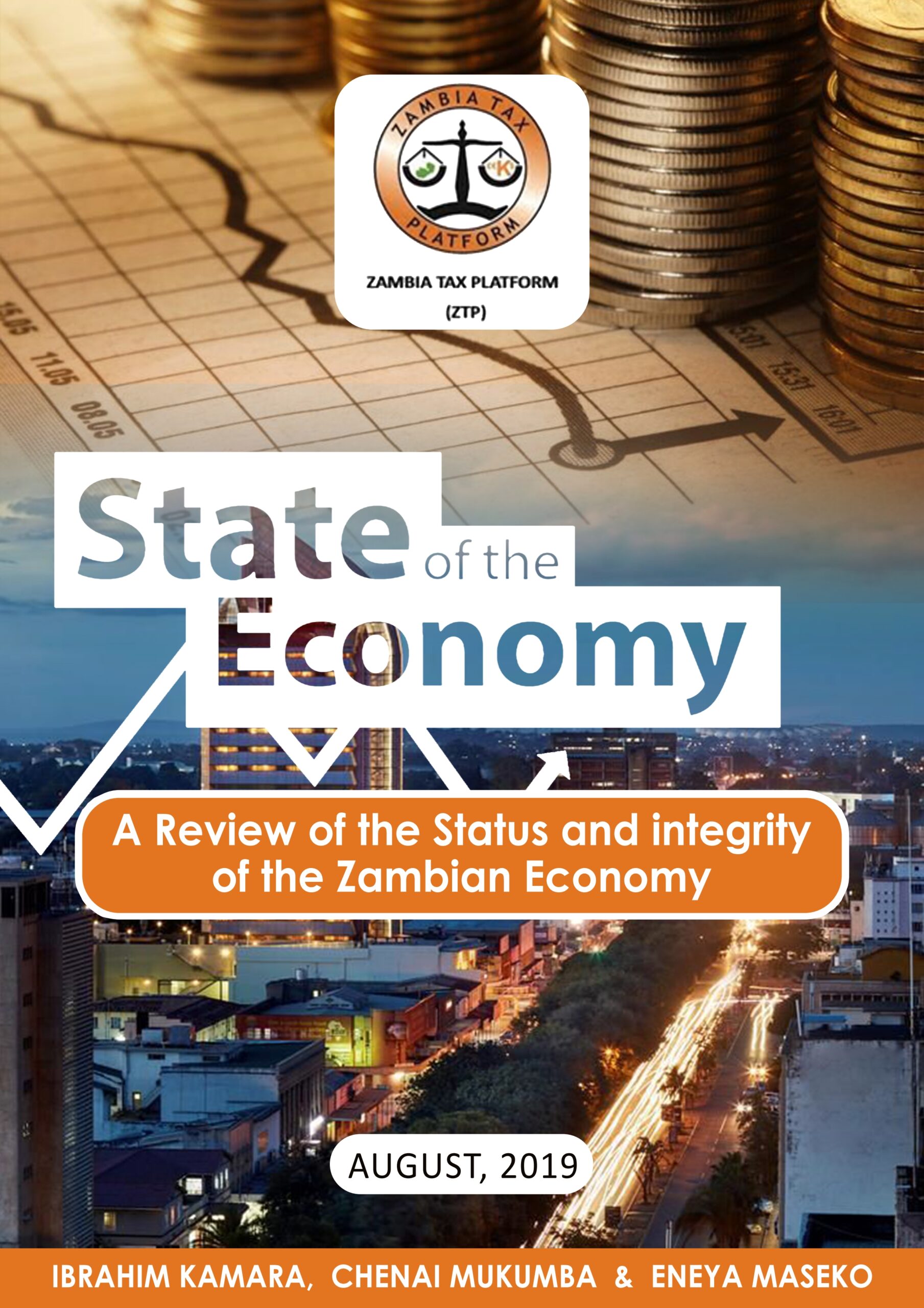 Years of over-borrowing has left the economy on a knife-edge as debt accumulation shows no sign of stopping. External debt as at end of second quarter 2019 had increased by 0.5 percent to US$ 10.23 billion from US$ 10.18
billion at the end of first quarter (MOF, 2019). Domestic debt only captured as securities and bonds was at K60.7 billion by end of August from the end of March position of K58.3 billion( MOF, 2019)

We have noted with dismay the increase in abuse of substances such as tobacco and many other harmful substances, the objectives of the race is to promote healthy lifestyles and raise awareness around the harmful effects of` substance abuse among young people, as well as champion legal and policy reforms that protect young people from harmful substances. ...

PRESS STATEMENTFor Immediate ReleaseUNDERSTANDING THE OECD INCLUSIVE FRAMEWORK AND ITS INFLUENCE ON DOMESTIC RESOURCE MOBILIZATION (DRM)Lusaka, 26th January 2023: The global tax landscape continues to evolve and control how countries raise revenues, redistribute wealth, and also regulate corporate behavior. For the most part, governments raise revenue through taxes. This week’s article, therefore, intends to invoke thoughts on global tax reforms and their influence on revenue collection for a mineral-resource-rich country like Zambia. To begin with, the international taxation system is a mechanism to adjust tax procedures for corporations and individuals who engage in cross-border economic activities. The coordination and clarification of international tax rules are important for economic activities and governments across the globe. Countries have long debated the effectiveness of changes to international tax rules due to the coherent need to address vices such as tax avoidance and illicit financial flows (IFFs). In Zambia, the complexity of international tax rules which are equally resource-intensive and difficult to administer, have compromised the country’s ability to protect its tax base for many years. Perpetrators often exploit differences between national legal systems and fragile international cooperation to hide funds from authorities. It is worth noting that decision-making on international standards over the last 100 years regarding allocations of taxing rights and tax revenue have been influenced by Organization for Economic Cooperation and Development (OECD) countries. The OECD among various international frameworks proposed reforms on tax matters under Two Pillars to address different gaps in the existing tax rules that allow multinational enterprises (MNEs) to avoid paying taxes. More than 130 countries on the OECD Inclusive Framework on Base Erosion and Profit Shifting (BEPS) worked on the Two Pillar approach. Pillar One focuses on rules for taxing profits and rights, with a formula to calculate the proportion of earnings taxable within each relevant market jurisdiction and is independent of physical presence by taking into consideration the arising tax challenges of the digitalization of economies. It applies to MNE groups with both a global turnover in excess of approximately US$ 21.7 billion and a pre-tax profit margin above 10%. To add on, Pillar One aims to simplify the transfer pricing approach to baseline marketing and distribution functions, as well as mandatory and binding dispute prevention and resolution mechanisms to mitigate the risk of multiple taxation. Without this in place, MNEs could earn substantial profits in a market without paying the right taxes. Taxing rights on more than US$125 billion of profit is therefore expected to be reallocated to market jurisdictions each year.Pillar Two, on the other hand, introduces a global minimum tax rate of 15 percent on the income made in each of the jurisdictions in which MNEs operate. This Two-Pillar Solution can benefit various economies either developing, emerging, or advanced countries with extra tax revenues. An estimated US$150 billion in additional global tax revenues annually is expected under Pillar Two (OECD, 2022). More so for developing countries such as Zambia, the Two Pillar Solution acknowledges the calls for more mechanical, predictable rules and generally, provides a redistribution of taxing rights to market jurisdictions based on where sales and users are located. This implies putting an end to tax havens and lessening incentives for MNEs to shift profits out of developing countries by reducing pressure on governments to offer wasteful tax incentives and tax holidays. It, therefore, opens room for developing countries such as Zambia to offer effective incentives that attract genuine, substantive foreign direct investments (FDIs). The importance of taxation cannot be understated as it remains one of the most important policy instruments any government can deploy to generate the resources needed to realize the full range of human rights. For a country like Zambia which is heavily dependent on the mining sector and prone to illicit financial flows (IFFs), it is necessary to continue strengthening tax policy and tax administration capacity to properly align with international tax policy to enhance domestic resource mobilization. Issued By Ellen Makinishi (Ms)Private Sector Enhancement ExpertTel: +260211264409Phone: +260968015985Email: pse@zambiataxplatform.comWebsite: www.zambiataxplatform.com ...

You are watching the Livestreaming of a townhall with Kristalina Georgieva Managing Director of the International Monetary Fund on how Zambia 🇿🇲 can build a more Resilient and Inclusive Future for all.CSO Debt Alliance Oxfam In Zambia ...

You are watching the Livestream of IMF Managing Director Kristalina Georgieva at The University of Zambia -UNZA for a discussion on the funds role in helping Zambia🇿🇲 build a more Resilient and Inclusive future for all.CSO Debt Alliance Oxfam In Zambia To follow the conversation click the link belowfb.watch/ifjwq8Q2jL/ ...